The Iowa Hawkeyes and Michigan Wolverines face off on Thursday in a college basketball showdown at the Crisler Center.

On the other side of this matchup is the MIchigan Wolverines who sit with a 16-1 record overall and coming into this game they hae won five games in a row. In four of those five games, Michigan was also able to come away with a cover of the spread. In the last game against Ohio State after putting up 92 points. Michigan on the season is averaging 79.2 points per game while their defense is giving up 66.2 points per game. Michigan is shooting 50.2 percent from the field and 38.7 percent from behind the three point line. Center Hunter Dickinson has been the best player or MIchigan averaging 15 points while shooting 63.9 percent from the field.

Michigan’s defense is going to slow down the Iowa offense and that is going to be the difference in this game. Look for Michigan to attack the Hawkeyes terrible defense, and that will lead to Michigan coering the spread. 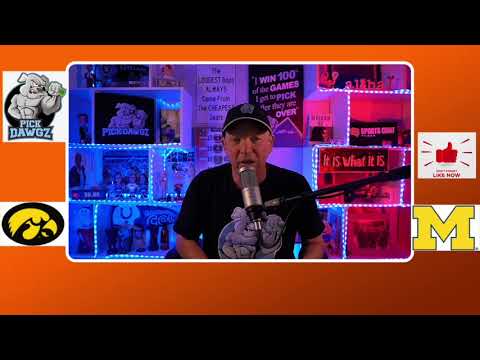