The San Diego State Aztecs will welcome the Boise State Broncos this Thursday in a battle between the top two teams in the Mountain West conference. This is their first matchup this season, and the two teams will play again Saturday.

Boise State comes into this game having won four straight. In their last game against Utah State, the Broncos outscored the Aggies 81-77. The offense was efficient, hitting 53.7% of their shots and 7-17 attempts from three. The Broncos had assists on 15 of 29 field goals in the game. Derrick Alston Jr. led the way with 23 points, while Abu Kigab added 19 to go with 2 blocks and 2 steals. The Broncos were outrebounded by the Aggies 34-25. Boise State is averaging 77.8 points per game this season, while allowing 65 to their opponents. Derrick Alston Jr leads the team with 17.7 points per game.

San Diego State has been red hot of late, winning their last 8, and each game by double digits. In their last game, San Diego State beat Fresno State 75-57. They shot the ball extremely well, hitting 61% of their shots and 8-12 threes. The Aztecs were aggressive and got to the free throw line 24 times in the game, hitting 17. Jordan Schakel led the way for the Aztecs with 14, hitting all four of his attempts from three. Terrell Gomez and Matt Mitchell each contributed with 13. The Aztecs defense only allowed 5-20 shooting from deep for the Bulldogs, while adding 9 steals in the effort. San Diego State is averaging 75 points per game, and only allowing 59.7 per game to their opponents. Matt Mitchell leads the team with 15.1 points per game.

San Diego State is playing great basketball right now, albeit against lesser opponents. However, they have been victorious in their only two against ranked opponents. Boise State has not been a consistent road team, and lost their only other game against a ranked opponent this season. I like San Diego State to slow down Boise States offense and win this one comfortably. Give me the Aztecs to cover. 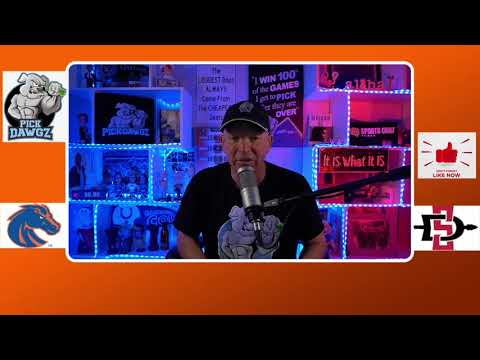