The St. Bonaventure Bonnies and Davidson Wildcats face off on Wednesday in a college basketball showdown at Belk Arena.

These two teams faced off on Sunday and it was the Bonnies that was able to come away with the 69-58 victory. Davidson was led by Kellan Grady and Lee Hyun-jung were the top players for Davison finishing with 18 points. St. Bonaventure was led by Jaren English who finished with 19 points.

St. Bonaventure comes into this game with an 11-3 record overall but over the last four games they have only gone 2-2. The two losses though were against VCU and Saint Louis, which are both games that is nothing to be embarrassed about. St. Bonnies is averaging 71 points while their defense is giving up 62.9 points per game. St. Bonaventure is shooting 45.1 percent from the field and 33.9 percent from behind the three point line. Guard Kyle Lofton has been the best player for the Bonnies averaging 15.6 points while shooting 46.5 percent from the field.

On the other side of this matchup is the Davidson Wildcats who come into this game with a 11-6 record overall and coming into this game they have won five of the last six games. The one loss during that stretch was against St. Bonaventure. Davidson on the season is averaging 71.8 points per game while their defense is giving up 65.1 points per game. Guard Kellan Grady has been the best player for Davidson averaging 17.9 points while shooting 49.1 percent from the field.

The under is 11-2 in St. Bonaventure’s last 13 games against the A-10. The under is 36-17-1 in Davidson’s last 54 games played on Wednesday. The favorite is 7-1 against the spread in the last eight meetings played between the two teams.

St. Bonaventure is the better team and they are going to find success again in this game. Look for Davidson to have no answer and that will lead to St. Bonnies coming away with a cover of the spread. 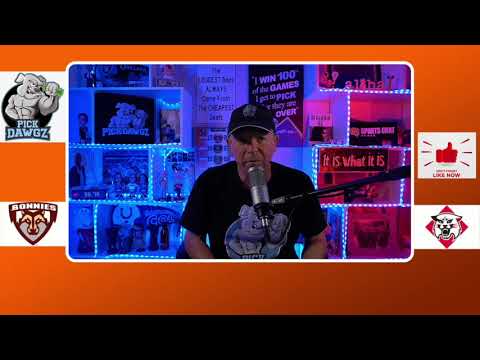