The Kent State Golden Flashes will travel to Worthen Arena to take on the Ball State Cardinals this Wednesday afternoon in College Basketball action.

Defensively, Kent State is allowing their opponents to average 69.9 ppg on 40.9% shooting from the field. The Golden Flashes have a rebound margin of 6.5 and a turnover margin of -0.5.

The Ball State Cardinals lost their 2nd straight game and dropped to 7-11 on the season after being defeated by Akron Zips, 88-79, this past Friday night. Ball State had no answers on the defensive end for the explosive Akron offense and could not fight back after the Zips took a 76-66 lead with 4:34 left in regulation. Ball State shot 47.7% from the field and 38.1% from beyond the arc while Akron shot 51.7% from the field and 45.0% from beyond the arc. Ball State outrebounded Akron by a 33-32 margin, however, lost the turnover battle by a 17-12 margin in the loss. Leading the way for the Cardinals was Brachen Hazen who had 18 points, 4 rebounds, 3 assists, & 2 steals.

Defensively, Ball State is allowing their opponents to average 73.8 ppg on 42.8% shooting from the field. The Cardinals have a rebound margin of -2.1 and a turnover margin of -1.7.

Kent State suffered a big blow after losing Mike Nuga due to a knee injury in early February, however, the Golden Flashes continue to win games without him, including an impressive 71-67 victory at Bowling Green. Ball State came into this season with high expectations as they had some of the best experience in the MAC, however, the Cardinals have struggled this season defensively and currently rank just 259th in scoring defense & 270th in turnover margin. Ball State has lost 6 of their last 7 games and between the fact that Kent State has a winning record on the road and an offense that ranks 39th in scoring offense, I think the Golden Flashes continue their winning streak and do enough to cover this small road spread. Good Luck! 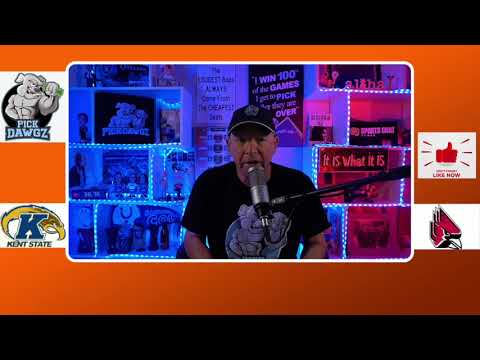