The Cincinnati Bearcats and Tulsa Golden Hurricane face off on Wednesday in a college basketball showdown at the Reynolds Center.

The Cincinnati Bearcats have really struggled coming into this game and they come into this game with a 7-8 record overall. Even though there have been some struggles this season they have won four of their last five games. The only loss during that stretch came in their last game Hoston, a game they gave up 90 points in. Cincinnati is averaging 67.7 points per game while their defense is giving up 71.4 points per game. Guard Keith Williams has been the best player for Cincinnati averaging 14.1 points while shooting 40.9 percent from the field.

The over is 9-2 in Cincinnati’s last 11 games overall. The under is 16-5-1 in Tulsa’s last 22 games played on Wednesday. The home team is 6-2 against the spread in the last eight meetings played between the two teams.

I don’t trust Cincinnati on the road and I expect Tulsa is going to find success in this game. Look for their defense to be strong in this game, and that will lead to Tulsa coming away with a cover of the spread. 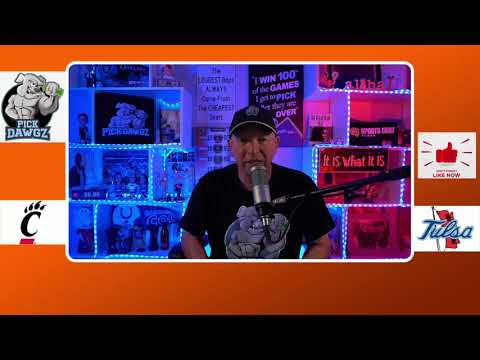