TCU is coming off a 62-54 loss to Kansas State in its last game on February 20th at home. This has been a disappointing season for TCU and coach Jamie Dixon, but its loss to Kansas State was its worst moment by far. TCU was a 7-point favorite in that game and took the 8-point outright loss. TCU is now 11-9 overall this season and 4-7 in Big 12 play. TCU is also 8-12 against the spread this season. TCU's leading scorer so far this season has been G RJ Nembhard, who has scored 16.8 points per game for the Horned Frogs. TCU as a team has scored 68.3 points per game and has shot the ball at a 44.2% clip from the field. TCU has also allowed 70.7 points per game to its opponents as well.

West Virginia opens as a 9-point favorite and the total is set at 147.5. As bad as TCU has been this season, I do believe this is too many points for this West Virginia team to cover on the road. West Virginia has struggled to cover these larger spreads away from home, as we just saw in its four-point win over Iowa State on the road on February 2nd. I will take the points with TCU. 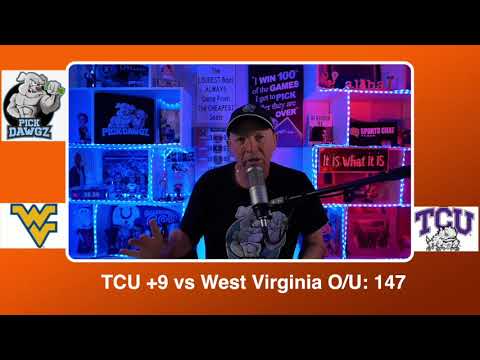