LSU is coming off a 104-80 win over Auburn in its last game on February 20th at home. LSU has been red hot recently and that did not change in its offensive explosion of a win over Auburn. LSU has won three straight games, and that includes an upset win over Tennesse on February 13th. LSU is 14-6 overall and 9-4 in SEC play this season. LSU is also 9-11 against the spread this season. LSU's leading scorer so far this year has been G Cameron Thomas, who has scored 22.8 points per game for the Tigers. LSU as a team has scored 83.1 points per game and has shot the ball at a 47.5% clip from the field. LSU has also allowed 74.4 points per game to its opponents as well.

Georgia is coming off a 70-63 loss to Florida in its last game on the road on February 20th. Georgia may have taken the outright loss, but the Bulldogs did cover the 8-point number at the very end in garbage time. Georgia has now lost three of its last four games overall. Georgia is 13-9 on the year and also has a 6-9 SEC record, putting the team in 10th place in the conference standings. Georgia is 12-9 against the spread this season as well. Georgia's leading scorer so far this season has been G Sahvir Wheeler, who has scored 14.1 points per game for the Bulldogs. Georgia as a team has scored 77.5 points per game and has shot the ball at a 46.2% clip from the field. Georgia has also allowed 77.1 points per game to its opponents as well.

LSU opens as a 5-point favorite and the total is set at 164. I think this is a bad matchup for Georgia, just as it was a very bad matchup for Auburn a few days ago. LSU's offense is lethal and Georgia allowing 77+ points per game is not going to cut it here. I will lay the points with LSU on the road. 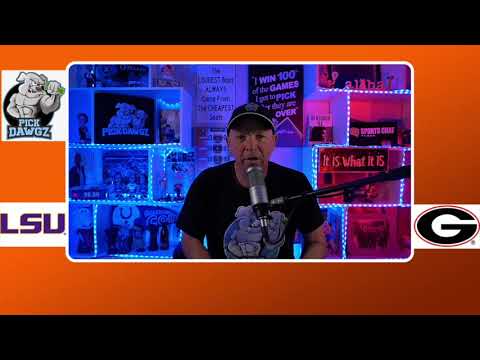