The Georgetown Hoyas will be hosting the Connecticut Huskies in a Big East battle this Tuesday. This is the first matchup between these two, after having a game cancelled earlier in the season. The Huskies are looking for their first win in Georgetown since 2005.

The Hoyas are coming into this game having won two straight on this homestand. They are shooting over 50% from the field in those games. In their most recent game against Seton Hall, Georgetown outscored the Pirates 81-75. They were led by Jamorko Pickett with an efficient 20 points on 8-11 shooting, while knocking down both of his attempts from deep. As a team they shot 52.2% from the field and 50% from three. The only blemish on the offense were the 18 turnovers. Georgetown allowed some decent looks from deep, but Seton Hall was cold all game, shooting 6-21 from beyond the arc. On the season, Georgetown is scoring 72.1 points per game, while allowing 73.4 to their opponents. Jahvon Blair leads the team with 16.2 points and 4.5 assists per game. Center Qudos Wahab has anchored the interior for the Hoyas this season, averaging 8.1 boards and 2 blocks per game.

Connecticut is coming into this game having lost their last game on the road against number 10 Villanova. They kept it close however could not close the gap late en route to a 68-60 defeat. James Bouknight led the way for the Huskies with 21 points to go along with 10 rebounds. The Huskies shot the ball poorly against the Wildcats, shooting 36.4% from the field and 25.9% from three. The Huskies' defense played well, holding a potent Villanova attack to only 68 points, and only allowing 5-22 attempts from deep. They came up with 6 blocks in the game, led by Isaiah Whaley with 4. On the season Connecticut is averaging 70.6 points per game, while allowing 65.3 points to their opponents. James Bouknight leads the team with 20.1 points per game. RJ Cole has also been a key contributor for the Huskies, averaging 12.1 points to go along with 4.1 assists.

Georgetown comes into this game shooting well of late. Outside of their historically bad night on the road against Creighton, the Hoyas are shooting over 50% from the field in their last 5 games, and nearly the same from beyond the arc. Georgetown also poses a more consistent threat on the interior with Wahab and Pickett. UConn may have their star Bouknight back and playing well, but the Hoyas are playing as a more complete team of late. Give me Georgetown to cover at home. 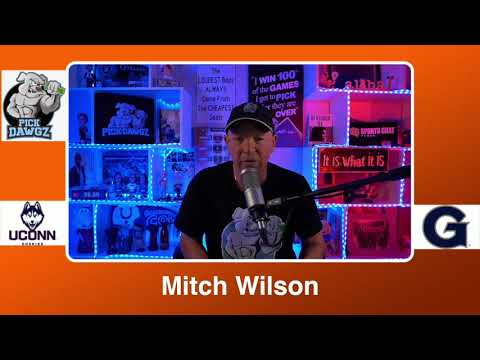