The William & Mary Tribe will travel to the Schar Center to take on the Elon Phoenix this Monday night in College Basketball action.

The William & Mary Tribe will look to avoid a 2-game sweep at the hands of the Elon Phoenix after the Tribe was defeated by the Phoenix by a 75-54 margin this past Saturday. William & Mary was outplayed on both ends of the court against Elon and could not fight back after going into halftime trailing by a 44-23 margin. William & Mary shot just 33.3% from the field and 22.2% from beyond the arc while Elon shot 50.8% from the field and 50.0% from beyond the arc. William & Mary won the turnover battle by a 11-10 margin, however, lost the rebounding battle by a 39-34 margin in the loss. Leading the way for the Tribe was Connor Kochera (20 points, 5 rebounds, 2 assists, 1 steal) while the Phoenix was led by Darius Burford (27 points, 7 rebounds, 2 assists, 4 steals).

Defensively, William & Mary is allowing their opponents to average 73.3 ppg on 46.4% shooting from the field. The Tribe have a rebound margin of -2.1 and a turnover margin of -2.1.

Defensively, Elon is holding their opponents to an average of 66.5 ppg on 42.9% shooting from the field. The Phoenix have a rebound margin of -0.8 and a turnover margin of -0.7.

William & Mary was not a great team prior to having to take about three weeks off due to covid-19 protocols and the Tribe certainly did not look any better in their first game back this past Saturday against Elon. William & Mary has struggled on both ends of the court this season as the Tribe rank just 285th in scoring offense & 246th in scoring defense and as Elon has a winning home record and has a defense that is ranked 76th in scoring defense, I think the play here is to take Elon to cover this small home spread. Good Luck! 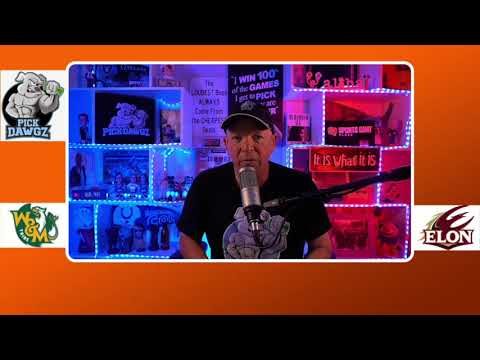