The Texas Tech Red Raiders and Oklahoma State Cowboys face off on Monday in a college basketball showdown at Gallagher-Iba Arena.

These two teams faced off earlier this season and it took overtime but Oklahoma State was able to come away with an 82-77 victory.

The Texas Tech Red Raiders come into this game with a 14-7 record overall but they have lost two games in a row. In the last game against Kansas, Texas Tech was competitive at times, but by the time they climbed into the game it was too little too late. Texas Tech on the season is averaging 73.6 points per game while their defense is giving up 62.9 points per game. Transfer Mac McClung has been the best player for Texas Tech averaging 16.9 points while shooting 42.7 percent from the field and 34.2 percent from behind the three point line.

ON the other side of this matchup is the Oklahoma State Cowboys who sit with a 14-6 record overall and they have won two games in a row. Two games ago against Kansas it was the defense that was the difference giving up only 60 points, and in this game it’s going to need to be the defense being strong again. Oklahoma State is averaging 75.7 points per game while their defense is giving up 70.6 points per game. Guard Cade Cunningham has been the best player for Oklahoma State averaging 18.6 points while shooting 43.4 percent from the field and 44.8 percent from behind the three point line. 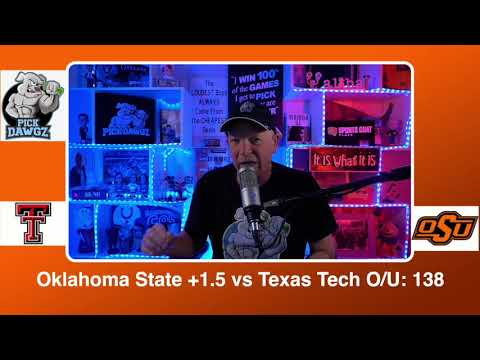