The Syracuse Orange will be traveling to Cameron Indoor Stadium to face the Duke Blue Devils this Monday. Both teams are on the bubble, and desperately need a win to keep their tournament hopes alive.

Syracuse comes into this game having won their last three games. In their most recent matchup with Notre Dame, the Orange had a huge second half to pull away for the win at home. Syracuse outscored the Irish 43-21 in the second half. Syracuse scored 75 points on 43.5% shooting, including 10-22 from beyond the arc. Buddy Boeheim led the way for the Orange with 29 points, and shot 6-10 from three. Big man Marek Dolezaj chipped in with an efficient 18 to go along with 6 boards. On the season Syracuse is scoring 76.5 points per game, led by Alan Griffin with 15.2 per game. They are shooting 44% from the field on the year and 33% from deep.

The Duke Blue Devils are coming off a nail-biter at home vs 7th ranked Virginia, which saw them come away with a one point win. The win was Dukes third straight after dropping their previous three. Duke was led by forward Matthew Hurt with 22 points, while Wendell Moore Junior dished out 7 assists. Hurt has scored at least 20 in three straight and is shooting over 70% from three during the stretch. On the season Duke is scoring 75.6 points per game, and Hurt is leading the the team with 18.5 points per game.

Duke only allowed 65 points to the Cavaliers, but allowed them to shoot 50% from the field and 45.5% from three. Duke was outrebounded 32-22 but won the turnover battle 13-10. On the season Duke is allowing an average of 71.2 points per game and Hurt leads the team with 6.4 rebounds per game.

Syracuse played a bad first half in their last game against ND. They will not be able to get behind early against this hot Duke team. Hurt has been lights out from three, and Duke will look to get him the ball often. Syracuse's forward tandem of Alan Griffin and and Quincy Guerrier will have their work cut out for them, but they should be up to the task. Syracuse won't come out as slow as they did against the Irish, and the defense will do just enough to frustrate Hurt. I will take Syracuse and the points in what should be a tight ACC battle. 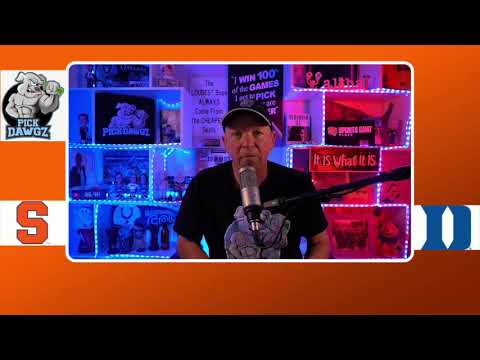