The Penn State Nittany Lions have had some real struggles this season and coming into this game they sit with a 7-11 record overall. Each of the last three games, Penn State has been defeated including the last game against Ohio State, a game they gave up 92 points in. Penn State on the season is averaging 73 points per game while their defense is giving up 73.8 points per game. Penn State is shooting 41.3 percent from the field and 34.4 percent from behind the three point line. In this game if Penn State wants to come away with a victory the defense. Myreon Jones has been the best player for Penn State averaging 15.1 points while shooting 40.8 percent from behind the three point line.

ON the other side of this matchup is the Iowa Hawkeyes who sit with a 16-6 record overall and they have won three games in a row. In the last game against the Wisconsin’s Badgers the defense locked down giving up 62 points and that led to the blowout victory.Two games ago against Michigan State the offense put up 88 points and this game is going to be all about the offense. Iowa on the season is averaging 87 points per game while their defense is giving up 73 points per game. Center Luka Garza has been the best player for Iowa averaging 24.7 points while shooting 56.3 percent from the field.

Iowa is the better offensive team, and Penn State is going to have no chance to keep this game close.It’s going to be another big game for Garza which will lead to Iowa coming away with and a cover of the spread. 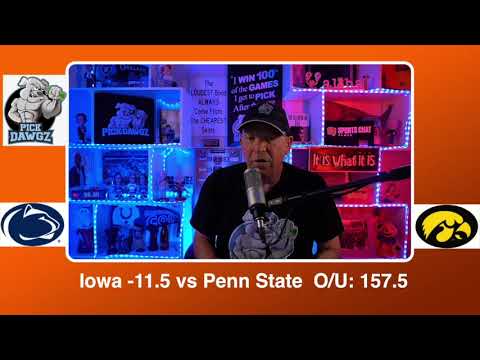