The Maryland Terrapins and Rutgers Scarlet Knights face off on Sunday in a college basketball showdown at The RAC. This is a key game for both teams as they look to get a big win for their tournament chances.

This is the first game between the two teams this year, but Rutgers has won the last two games.

On the other side of this matchup is the Rutgers Scarlet Knights who sit with a 12-8 record overall but they have lost two of their last three games. In the last game against Michigan, they were competitive but they were defeated seven points. Rutgers on the season is averaging 71.4 points per game while their defense is giving up 68 points per game. Rutgers is shooting 45.8 percent from the field and 32.3 percent from behind the three point line. Rutgers is led by Ron Harper Jr. who averages 16 points and shoots 45 percent from the deep and 32.4 percent from deep.

At home Rutgers should come away with the win, but I don’t trust them to win this game in blowout fashion. Maryland is going to find enough offense success to keep this game close. Back Maryland against the spread. 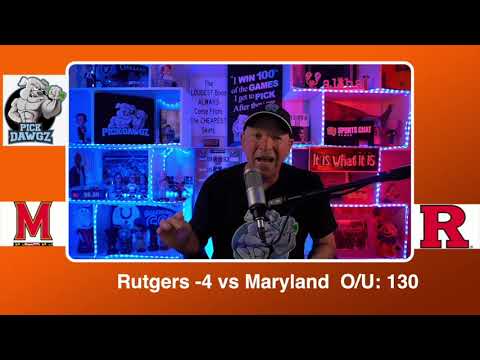