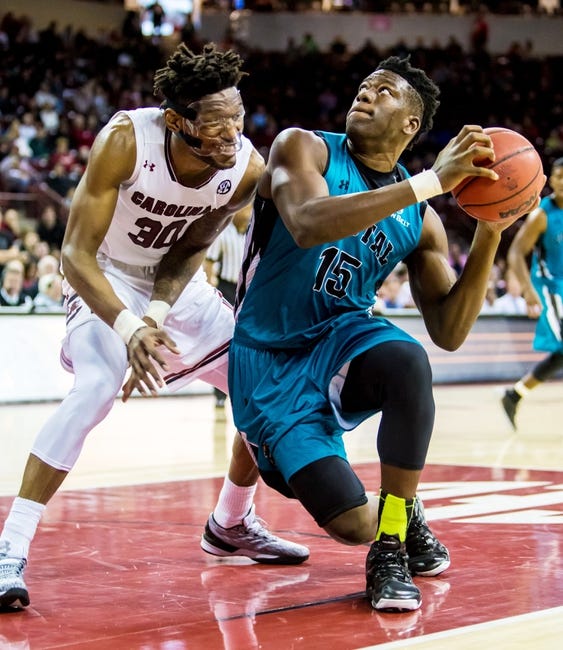 The Georgia Southern Eagles and Coastal Carolina Chanticleers face off on Sunday in a college basketball showdown at HTC Center.

These two teams faced off earlier this season and it was Georgia Southern that was able to come away with a 61-58 victory.

On the other side of this matchup is Coastal Carolina Chanticleers who currently sit with a 12-6 record overall but they have lost three games in a row. In the last game against South Alabama, the offense 66 points and that led to the defeat. Coastal Carolina on the season is averaging 75.3 points per game while their defense is giving up 70.4 points per game. The offense the last few games has been weak and this is a team that can’t have a whole lot of confidence. Coastal Carolina is led by DeVante' Jones who averages 20.6 points and shoots 50 percent from the field and 41.9 percent from deep.

I am not ready to lay this type of number with Coastal Carolina with the way they have looked in each of the last two games. Georgia Southern is going to have their defense step up and that will be enough to come away with the cover of the spread.