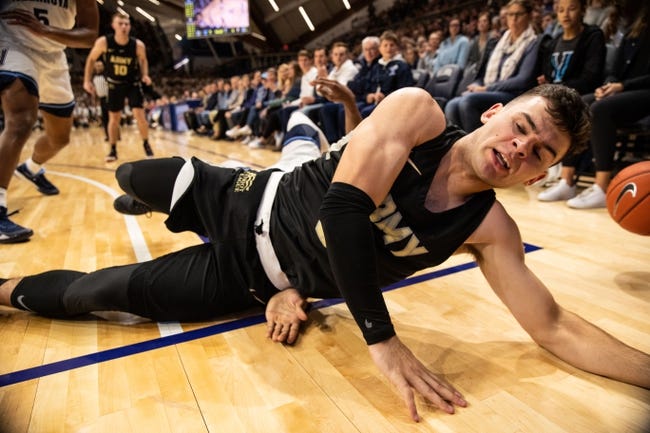 The Army Black Knights and Holy Cross Crusaders face off on Sunday in a college basketball showdown at Hart Center.

These two teams faced off on Saturday and it was Army that was able to come away with the 69-65 victory. Guard Josh Gradwell was the best player for Army putting up 13 points and five rebounds. Guard Austin Butler was the star for Holy Cross putting up 20 points and 10 rebounds.

The Army Black Knights come into this game with a 10-6 record overall but they have lost two of their last three games. The defense was an issue two games against Colgate with the defense gave up 92 points. Army on the season is averaging 73.3 points per game while their defense is giving up 73.2 points per game. Army is led by Lonnie Grayson who averages 14 points and shoots 42.9 percent from the field and 38.5 percent from deep.

On the other side of this matchup is the Holy Cross Crusaders who have a 3-10 record overall and they have lost two games in a row. Holy Cross on the season is averaging is 70.2 points per game while their defense is giving up 7.6 points per game. In the first game of this series they ouldn’t make enough of the plays late and that led to the defeat. Holy Cross is led by Gerrale Gates who averages 17.4 points and shoots 48.6 percent from the field.

I expect that there will be more scoring in this game and both teams are going to struggle to keep this game close. Back the over to cash. In terms of the side there really isn't a strong play either way and is something that should be avoided.