The 7th ranked Virginia Cavaliers will travel to Cameron Indoor Stadium to take on the Duke Blue Devils this Saturday night in College Basketball action.

Defensively, Virginia is holding their opponents to average 59.9 ppg on 41.3% shooting from the field. The Cavaliers have a rebound margin of 2.3 and a turnover margin of 0.2.

The Duke Blue Devils won their 2nd straight game and improved to 9-8 on the season after defeating the Wake Forest Demon Deacons, 84-60, this past Wednesday. Duke looked impressive on both ends of the court against Wake Forest and had no trouble picking up the victory after going into halftime with an 45-26 lead. Duke shot 54.1% from the field and 44.0% from beyond the arc while Wake Forest shot 39.2% from the field and 28.0% from beyond the arc. Duke outrebounded Wake Forest by a 37-28 margin and committed just 6 turnovers in the victory. Leading the way for the Blue Devils was Matthew Hurt who had 22 poitns, 4 rebounds, 2 assists, & 1 steal.

Defensively, Duke is allowing their opponents to average 71.5 ppg on 46.4% shooting from the field. The Blue Devils have a rebound margin of 3.6 and a turnover margin of 0.8.

It has been a struggle for Duke this season, however, despite just their 9-8 record, the Blue Devils have looked more like the team we expected to see this season with impressive road wins against NC State & Wake Forest. Virginia is a solid team, however, although their offense is better than what we saw last season, the Cavaliers still can be inconsistent on that end of the floor as we saw in their recent loss against Florida State. Duke knows that every game is critical at this point if they want to make it to the NCAA Tournament, and between the fact that the Blue Devils have an offense that should be able to generate points on their home court and that Virginia just hasn’t looked as strong on the road this season, I think Duke continues their strong play and picks up their biggest win of the season in this one. Good Luck! 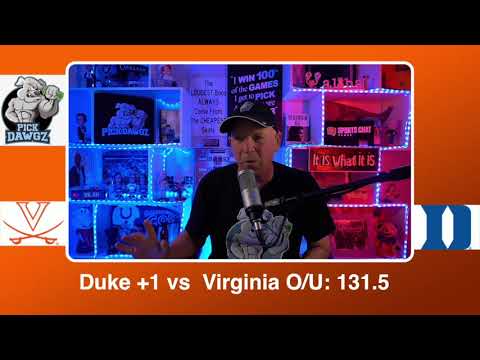