The Texas Tech Red Raiders and Kansas Jayhawks face off on Saturday in a college basketball showdown at Allen Fieldhouse.

These two teams faced off earlier this season, and it was Kansas that was able to come away with a one point victory.

The Texas Tech Red Raiders come into this game with a 14-6 record overall and they have won three of their last four games. In the last game against West Virginia was the only loss during that stretch and the defense really let them down in that game giving up 82 points. Texas Tech on the season is averaging 74.2 points per game while their defense is giving up 62.7 points per game.  Texas Tech is led by Mac McClung who averages 17.1 points and shoots 43.3 percent from the field and 34.3 percent from deep.

On the other side of this matchup is the Kansas Jayhawks who have been inconsistent this season but they have turned it around as of late winning each of their last four games. Each of the last two games, Kansas had strong defense, and in the last game against Kansas State, they gave up only 41 points. Over the last five games, Kansas is averaging 75.4 points per game while their defense is giving up 62.4 points per game. In this game for Kansas it’s all going to be about the defense being strong again and locking down. Kansas is led by Ochai Agbaji who averages 13.7 points and shoots 42.1 percent from the field and 38.4 percent from deep.

Kansas has some confidence back and there is no reason to believe that won’t continue in this game. Look for Kansas to have strong defense again and that will be the difference as they come away with a cover of the spread. 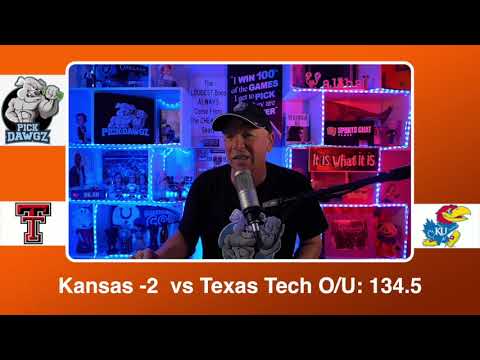