Stanford is coming off a 79-61 win over Washington in its last game on the road on February 18th. Stanford has now won back-to-back games and has won four of its last five games overall. Stanford is now 14-8 overall and 10-6 in PAC-12 play, putting the Cardinal in fifth place in the conference standings, tied with Colorado. Stanford has already played this Washington State team once this season, and that was a 75-60 win at home on January 9th. Stanford's leading scorer so far this season has been F Oscar da Silva, who has scored 19.1 points per game for the Cardinal. Stanford as a team has scored 71.7 points per game and has shot the ball at a 47.4% clip from the field. Stanford has also allowed 68.0 points per game to its opponents as well.

Stanford opens as a 4.5-point favorite and the total is set at 133.5 I like Washington State to battle in this game, and I am going to take the home dog here. Washington State may not be one of the strongest teams in the PAC-12, but the Cougars have been decent against the spread. I think this game comes down to a bucket either way. 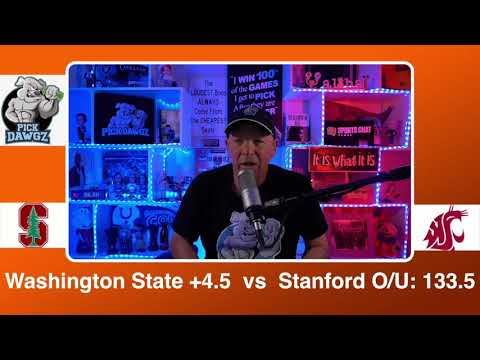