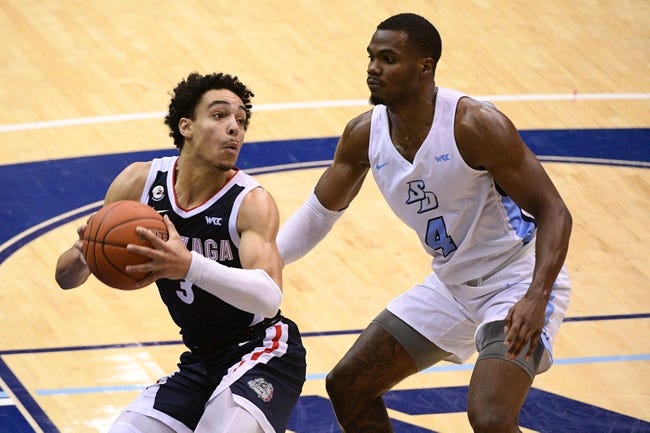 The San Diego Toreros will travel to the McCarthey Athletic Center to take on the top-ranked Gonzaga Bulldogs this Saturday night in College Basketball action.

The San Diego Toreros improved to 3-7 on the season after defeating the Santa Clara Broncos, 71-60, this past Thursday night. San Diego played well considering it was their first live action in about three weeks and was able to pull away late in the 2nd half after a 14-3 run gave the Toreros a 67-56 lead with just 2:09 left in regulation. San Diego shot 40.0% from the field and 27.8% from beyond the arc while Santa Clara shot just 36.2% from the field and 26.7% from beyond the arc. San Diego was outrebounded by Santa Clara by a 44-43 margin, however, did win the turnover battle by a 16-11 margin in the victory. Leading the way for the Toreros was Joey Calcaterra who had 23 points, 1 rebound, 3 assists, & 1 steal.

Defensively, San Diego is allowing their opponents to average 73.9 ppg on 40.9% shooting from the field. The Toreros have a rebound margin of -5.6 and a turnover margin of 0.7.

Defensively, Gonzaga is allowing their opponents to average 69.1 ppg on 41.3% shooting from the field. The Bulldogs have a rebound margin of 7.7 and a turnover margin of 3.5.

As with many of Gonzaga’s games in the WCC, we can expect the Bulldogs to get out to probably about a 30-point lead by halftime and it will just depend in the garbage time of the 2nd half if the opposing team can do enough to cover with the large number of points that they are getting. San Diego has struggled on both ends of the court this season ranking 294th in scoring offense & 262nd in scoring defense and as Gonzaga was able to pick up a 28-point victory on the road at San Diego in late January, I think Gonzaga does better on their home court in this one and wins this one by a 35-40 point margin. Take Gonzaga to cover. Good Luck! 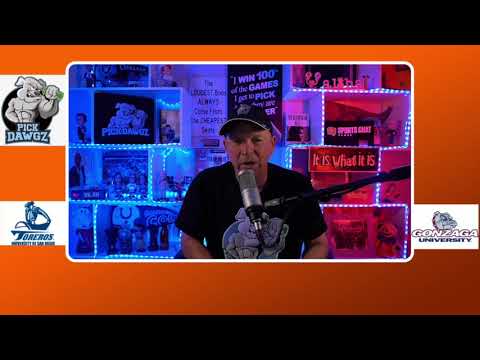