The 9th ranked Oklahoma Sooners will travel to James H. Hilton Coliseum to take on the Iowa State Cyclones this Saturday night in College Basketball action.

The 9th ranked Oklahoma Sooners won their 2nd straight game and improved to 13-5 on the season after defeating the 14th ranked West Virginia Mountaineers, 91-90 in 2OT, this past Saturday. Oklahoma allowed West Virginia to fight back from a 66-57 deficit with just 6:34 left in regulation to force OT, however, the Sooners were still able to pick up the big road victory after Austin Reaves hit a game-winning jumper for the Sooners with :28 seconds left in 2OT. Oklahoma shot 44.9% from the field and 34.4% from beyond the arc while West Virginia shot 42.4% from the field and 29.2% from beyond the arc. Oklahoma was outrebounded by West Virginia by a 47-42 margin and committed 11 turnovers in the victory. Leading the way for the Sooners was Austin Reaves who had 28 points, 9 rebounds, 7 assists, & 1 steal.

Defensively, Oklahoma is allowing their opponents to average 68.3 ppg on 41.1% shooting from the field. The Sooners have a rebound margin of 1.3 and a turnover margin of 2.4.

Defensively, Iowa State is allowing their opponents to average 77.6 ppg on 46.2% shooting from the field. The Cyclones have a rebound margin of -8.4 and a turnover margin of -2.2.

Oklahoma has won 7 of their last 8 games and have been impressive on both ends of the court this season as the Sooners come into this game ranked 70th in scoring offense, 73rd in defensive FG%, & 59th in turnover margin. Iowa State has been more competitive at home this season and lost by just a 79-72 margin at Oklahoma earlier this season, however, this is a team that does not bring much on the defense end as the Cyclones rank just 309th in scoring defense & 280th in defensive FG%. Oklahoma is coming off a great road victory against a tough West Virginia team and as I think they will be able to put up plenty of points in this one, I am taking the Sooners to cover this double-digit road spread. Good Luck! 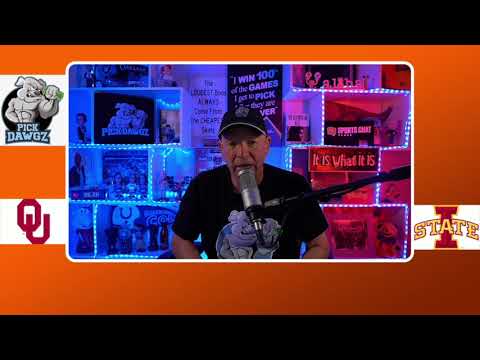