The Michigan State Spartans and Indiana Hoosiers face off on Saturday in a college basketball showdown at Bloomington Assembly Hall.

On the other side of this matchup is the Indiana Hoosiers who sit with a 12-9 record overall and they have won three of their last four games. In the last game against Minnesota the offense was elite putting 82 points and that was enough to win the game and cover the spread. Indiana is averaging 72.6 points per game while their defense is giving up 69.3 points per game. Indiana is shooting 44.9 percent from the field and 35.3 percent from behind the three point line. In this game, Indiana is going to need that defense to be strong again. Indiana is led by Trayce Jackson-Davis who averages 19.6 points and shoots 53.2 percent from the field.

The under is 7-2 in Michigan State’s last nine games overall. Michigan State is 2-6 against the spread in their last eight games played on Saturday. The home team is 23-9 against the spread in the last 32 meetings played between the two teams. The under is 7-3 in the last ten meetings between the Spartans and Hoosiers in Indiana.

I expect both teams are going to be slow, and that is going to lead to this game staying well under the total. Back the under to cash with ease. 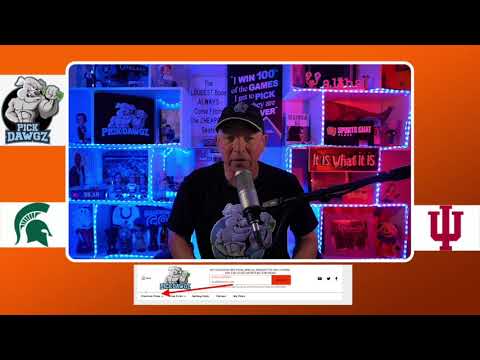