Cal is coming off an 82-51 blowout loss to Washington State in its last game on the road on February 18th. After taking a beating for 40 minutes against Washington State, Cal now has to take on the Cougars' cross-state rival in Washington. Cal is 8-16 on the year and only 3-14 in PAC-12 play, putting Cal in dead last in the conference standings behind Washington. Cal is 12-11 against the spread this season also. Cal's leading scorer so far this season has been F Andre Kelly, who has scored 10.1 points per game for the Golden Bears. Cal as a team has scored 66.3 points per game and has shot the ball at a 43.5% clip from the field. Cal has also allowed 70.6 points per game to its opponents as well.

Washington opens as a 1-point favorite and the total is set at 140.5. If I am not mistaken, I believe this is the first and only time Washington has been favorited in a conference game this season. I do not feel comfortable laying even a measly point with Washington, as I believe Cal is the slightly better team. I will take Cal on the road in this spot, but I am not rushing to the window nor the TV for this one. 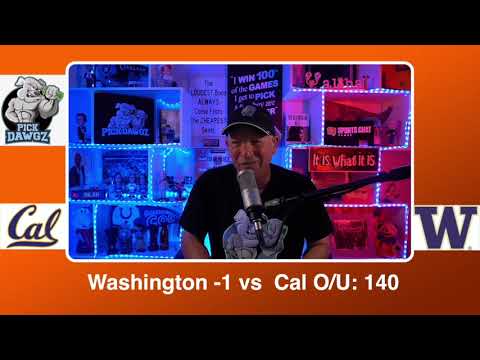