The Auburn Tigers and LSU Tigers face off on Saturday in a college basketball showdown at the Pete Maravich Assembly Center.

The Auburn Tigers have been ultra inconsistent this year and coming into this game they sit with an 11-11 record overall. Auburn has lost four of their last five games, with the only win coming against the Vanderbilt Commodores. In the last game against Kentucky, Auburn was competitive, but they lost by two points. Auburn overall this season is averaging 78.8 points per game while their defense is giving up 76 points per game. Sharife Cooper has been the best player for Auburn averaging 18.6 points while shooting 37.7 percent from the field and 24.5 percent from behind the three point line.

On the other side of this matchup is the LSU Tigers who sit with a 13-6 record overall and they have won two games in a row. In the last game against Tennessee, the defense was elite giving up only 65 points and that led to a 13 point victory. LSU is an offense first team and coming into this game they are averaging 82 points per game while shooting 47.1 percent from the field and 34.4 percent from behind the three point line. On defense this season, LSU has had some issues and they are giving up 74.1 points per game. Guard Cameron Thomas has been the best player for LSU averaging 22.6 points while shooting 40.4 percent from the field.

Defense isn’t a strength for either of these teams but LSU’s defense has been a little stronger as of late and points are going to be harder to come by in this game. Back the under to cash in this game. 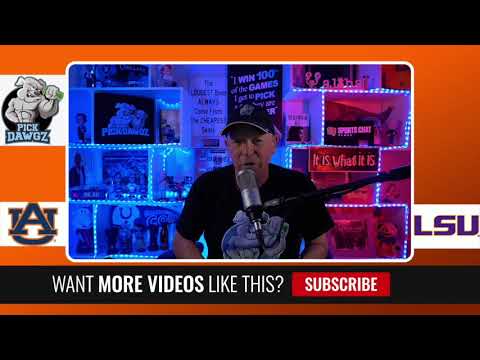