The Wright State Raiders will travel to BB&T Arena to take on the Northern Kentucky Norse this Friday night in College Basketball action.

Defensively, Wright State is holding their opponents to an average of 65.3 ppg on 39.5% shooting from the field. The Raiders have a rebound margin of 9.9 and a turnover margin of -0.8.

Defensively, Northern Kentucky is allowing their opponents to average 71.0 ppg on 45.0% shooting from the field. The Norse have a rebound margin of 0.5 and a turnover margin of 0.5.

Wright State can at times be inconsistent, however, this is the best team in the Horizon as the Raiders come into this game ranked 16th in scoring offense, 58th in scoring defense, & 18th in defensive FG%. Northern Kentucky has played well as of late and have an 8-4 home record, however, their recent success has mostly come from a soft schedule and the Norse are not overly solid on either end of the court as they come into this game ranked just 174th in scoring offense & t-198th in scoring defense. Wright State is in a tight battle for the regular season championship with Cleveland State, as they go into this game with identical 15-3 conference records, and as I think the Raiders come out sharp in this one, I think the Raiders do enough in this one to cover this large road spread. Good Luck! 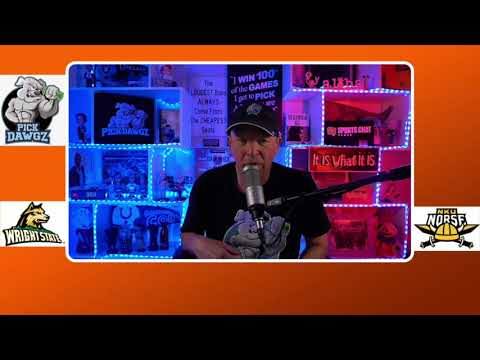