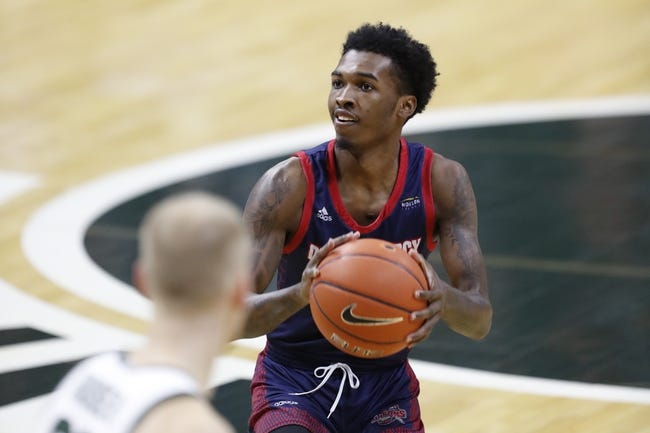 The Robert Morris Colonials will travel to Calihan Hall to take on the Detroit Mercy Titans this Friday night in College Basketball action.

The Robert Morris Colonials dropped to 4-12 on the season after being defeated by the Oakland Golden Grizzlies, 86-81, this past Saturday. Robert Morris struggled defensively in the 1st half against Oakland and trailed throughout the 2nd half after going into halftime behind by a 46-35 margin. Robert Morris shot 50.0% from the field and 55.0% from beyond the arc while Oakland shot 49.1% from the field and 47.8% shooting from beyond the arc. Robert Morris was outrebounded by Oakland by a 34-31 margin and committed 16 turnovers in the loss. Leading the way for the Colonials was Jon Williams who had 22 points, 3 rebounds, & 6 assists.

Defensively, Robert Morris is allowing their opponents to average 77.9 ppg on 45.9% shooting from the field. The Colonials have a rebound margin of -3.1 and a turnover margin of 0.4.

Defensively, Detroit Mercy is allowing their opponents to average 74.9 ppg on 46.7% shooting from the field. The Titans have a rebound margin of -1.8 and a turnover margin of 1.4.

Robert Morris was able to pick up a much-needed win against Oakland last week, however, this is just not a very good team as the Colonials no longer have their best offensive weapon in AJ Bramah and have a defense that currently ranks just 313th in scoring defense. Detroit Mercy is one of the better teams in the Horizon, led by arguably the best offensive player in Antoine Davis, and between the fact that the Colonials are just 1-6 on the road and that the Titans should have no problem putting plenty of points at home, I’m taking Detroit Mercy to cover this home spread.