UAB is coming off a 69-64 loss to Louisiana Tech in its last game on the road on February 13th. UAB lost both games to LA Tech in the back-to-back series, pushing the Blazers to 9-3 in conference play this season. UAB is also 16-4 overall this season, and the Blazers are also in second place in their side of the Conference-USA standings. UAB's leading scorer so far this season has been G Michael Ertel, who has scored 12.7 points per game for the Blazers. UAB as a team has scored 72.4 points per game and has shot the ball at a 45.8% clip from the field. UAB has also allowed 59.0 points per game to its opponents, as the defense has been fantastic this season.

UAB opens as a 7-point favorite and the total is set at 130.5. With the way that these two teams play defense, I do not see either team scoring a ton here. I expect Old Dominion to struggle to score mostly, but overall I like the under 130.5. UAB has not allowed more than 70 points in its last six games, and I think the Blazers defense steps up in a big way again here. 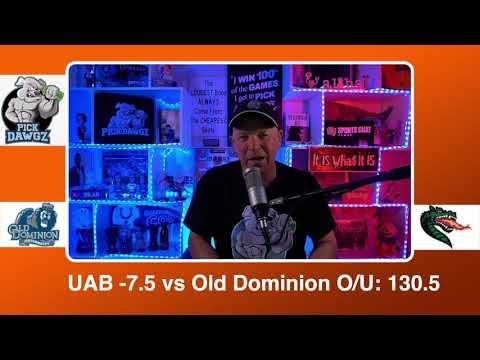