The Stanford Cardinal and Washington Huskies face off on Thursday in a college basketball showdown at Hec Edmundson Pavilion.

The Stanford Cardinal come into this game with a 13-8 record overall and they have won three of their last four games. In the last game against Utah, the defense was strong giving up only 66 points and that was the difference as they came away with the victory. Stanford on the season is averaging 71.3 points per game while their defense is giving up 68.3 points per game. Stanford is shooting 46.9 percent from the field and 31.3 percent from behind the three point line. Oscar da Silva has been the best player for Stanford averaging 19.2 points while shooting 57.3 percent from the field.

On the other side of this matchup is the Washington Huskies who have lost five of their last six games. The only win during that stretch came in their last game against the Washington State Cougars, a game they won by two points. Washington on the season is averaging 66.5 points per game while their defense is giving up 76.6 points per game. Guard Quade Green has been the best player for Washington averaging 15.3 points while shooting 41.6 percent from the field and 32.3 percent from behind teh three point line. 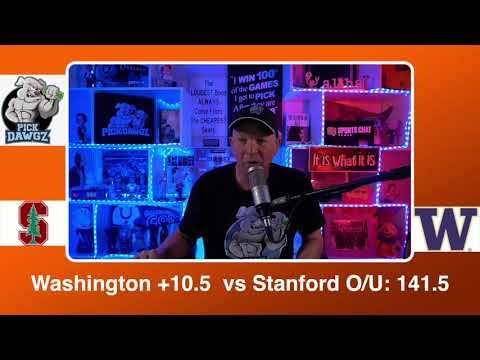