The California Golden Bears and Washington State Cougars face off on Thursday in a college basketball showdown at the Beasley Coliseum.

The California Golden Bears come into this game with an 8-15 record overall and coming into this game they have lost seven of their last eight games. The one win during that stretch was in their last game against Colorado, and the defense was the difference in that game giving up only 62 points. Cal on the season is averaging 66.1 points per game while their defense is giving up 70.5 points per game. Forward Andre Kelly has been the best player for Cal averaging 10.1 points while shooting 46.5 percent form the field and 37.9 percent from behind the three point line.

On the other side of this matchup is the Washington State Cougars who sit with a 12-10 record overall and they have lost two games in a row. In the last game against Washington, they were competitive, but they couldn’t get the job done late as they lost by two points. Washington State is averaging 68.2 points per game while their defense is giving up 67.5 points per game. Guard Isaac Bonton has been the best player this year for Washington State averaging 18.4 points while shooting 39.1 percent from the field and 32.1 percent from behind the three point line.  To find some success the last few weeks, the defense needs to step up.

When these two teams face off the under has been a strong play and points are going to be hard to come by in this game. Look for a slower paced game with the under cashing with ease. Bach the under to cash with ease. 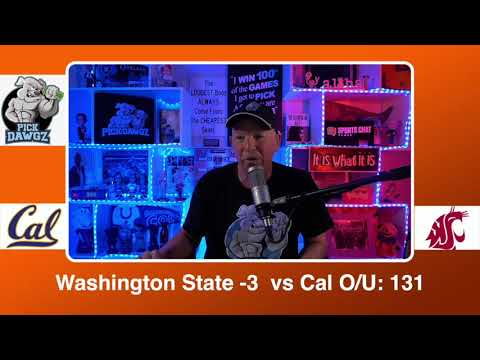