The Utah State Aggies and Boise State Broncos face off on Wednesday in a college basketball showdown at Taco Bell Arena.

The Utah State Aggies come into this game with a 14-5 record overall and they have won two games in a row. Each of the last two games, Utah State has also come away with a cover of the spread. In the last game against Fresno State, the defense only gave up 53 points and that was the difference as they came away with the victory. Utah State on the season is averaging 73.9 points while their defense is giving up 61.1 points per game. Utah State is shooting 45 percent from the field and 35.1 percent from behind the three point line. Neemias Queta has been the best player for Utah State averaging 12.5 points while shooting 56.8 percent from the field.

On the other side of this matchup is the Boise State Broncos who sit with a 16-4 record overall and they have also won each of their last two games. In the last game against UNLV it was a close battle, that they only were able to win by two points. At times, Boise State’s offense has been inconsistent, and it could be a problem in this game. Boise State is averaging 77.1 points per game while their defense is giving up 64.9 points per game. Boise State is shooting 46.4 percent from the field and 35.2 percent from behind the three point line. Derrick Alston Jr has been the best player for Boise State averaging 17 points while shooting 46.6 percent rom the field.

Utah State has the better defense and I expect the defense to be the difference in this game. Look for this to be a close game but Utah State will come away with the cover of the spread. Back Utah State against the spread. 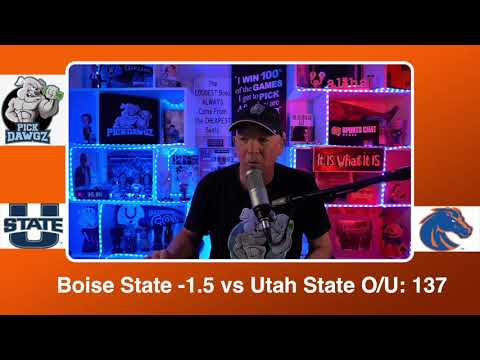