Butler is coming off a 78-63 loss to Georgetown in its last game on the road on February 13th. Butler has also struggled this season, as the Bulldogs are only two teams ahead of Marquette in the standings. Butler is 7-11 overall and 6-9 in Big East play this season. Butler has lost three of its last five and will look to earn the revenge win over a Marquette team that beat Butler earlier in the month. Butler's leading scorer so far this season has been G Jair Bolden, who has scored 11.2 points per game for the Bulldogs. Butler as a team has scored 63.7 points per game and has shot the ball at a 41.5% clip from the field. Butler has also allowed 67.7 points per game to its opponents as well.

Butler opens as a 1.5-point favorite and the total is set at 129.5. The first game between these two started as a defensive battle but turned into a shootout in the second half. I believe we see a lot more of the former in game two, as I think this is a first to 60 wins kind of game. I will take the under. 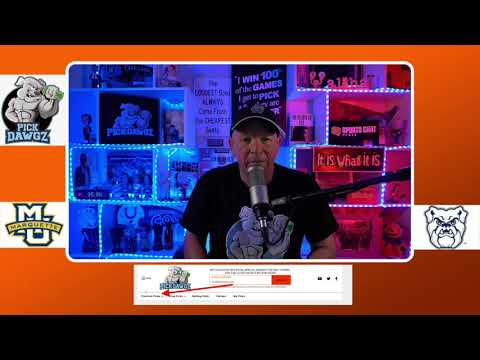