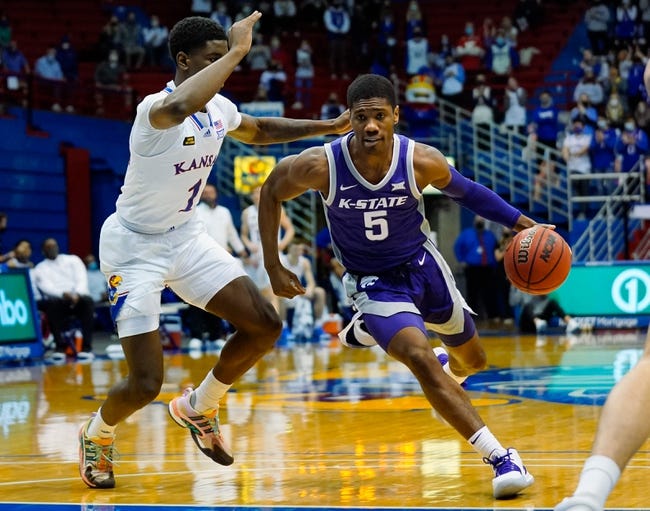 Where to Watch: Big 12 Now/ESPN+ Stream College Basketball all season on ESPN+. Sign up now!

The Kansas Jayhawks travel to the “Little Apple” to take on arch-rival Kansas State Wildcats in the Dillons Sunflower Showdown. KU earned its fourth straight victory over KSU 74-51 earlier this year as the Jayhawks held the Wildcats to just 34% shooting and five 3-pointers at a 23.4% clip while also forcing 13 turnovers. The Jayhawks also dominated the paint and boards. David McCormack registered 18 points along with 10 rebounds, and Christian Braun put up 18 points to lead the way for Rock Chalk. Mike McGuirl and Nijel Pack had 10 points apiece to top K-State. Kansas has won 12 of the last 13 meetings against its in-state rival and leads the all-time series 200-74. KU also owns a 79-47 record in games in Manhattan, including 27 of 32 at Bramlage Coliseum.

Kansas (15-7, 9-5 Big 12) has moved back into the AP rankings at #23 thanks to a three-game winning streak. KU is coming off a home-and-home sweep of Iowa State, defeating the Cyclones 64-50 in Ames on Saturday as the Jayhawks overcame a poor shooting performance by continuing to play dominant defense. The Jayhawks, who shot just 35.8% from the field, limited the Cyclones to 37.8% from beyond the arc and four triples while also forcing 23 turnovers. Jalen Wilson led the way with his fourth straight double-double and seventh of the campaign, finishing with 22 points along with 10 caroms.

Kansas State (5-17, 1-12) is in the midst of its second straight losing record and the worst season under head coach Bruce Weber. K-State has lost 12 in a row, although three of its last four setbacks have been by single digits, including Saturday’s 67-60 setback at Oklahoma State. The Wildcats, who shot 25% from the field and missed all eight of their 3-point shots in the first 20 minutes, trailed by 16 points at halftime but outscored the Cowboys 41-32 in the second half. Antonio Gordon produced his first double-double with 15 points along with a career-high 14 caroms (six offensive) to lead three Wildcats in double-figures.

Kansas State is 7-13 in its last 20 games. The under is 6-3 in the Wildcats last nine contests. However, the over is 4-2 in the Cats' previous six games as the underdog.

Pick: Kansas should have no problem with K-State as the Jayhawks have been hunkering down defensively lately. However, I'm taking the Wildcats to cover as they have played fairly well at home and the Jayhawks have struggled on the road. The best bet here is the user as the Jayhawks is ranked in the top two during conference play in nearly every defensive category, including scoring defense, while K-State is the poorest shooting and lowest scoring squad in the Big 12.

Daniel is busy writing amazing articles for PickDawgz but will create a bio soon. 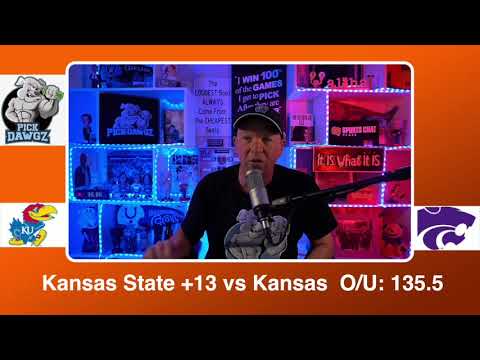