USC is coming off a 76-65 win over Washington State in its last game on February 13th on the road. USC has been red hot and has run the table in the PAC-12 thus far. USC is 17-3 overall, is 11-2 in PAC-12 play, and is ranked 17th in the nation according to AP Polls. USC has won six straight and will look to make it seven in this one. USC's leading scorer so far this season has been F Evan Mobley, who has scored 16.6 points per game for the Trojans. USC as a team has scored 75.4 points per game and has shot the ball at a 46.7% clip from the field. USC has also allowed 63.3 points per game to its opponents as well.

USC opens as an 11.5-point favorite and the total is set at 146. I think this spread is steep for a reason, as Arizona State has been miserable this season. I think the better play is taking the over here, as Arizona State is certainly not a defensive juggernaut. The Sun Devils should be able to score into the mid-60s, and I expect USC in the 80s here. I will take the over. 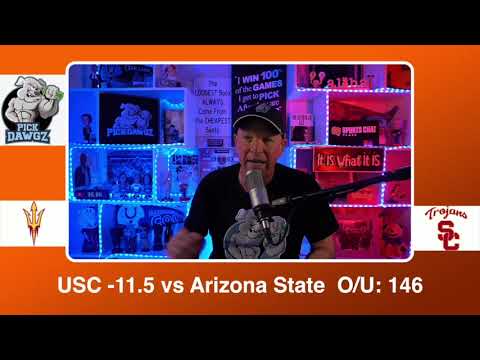