The Michigan State Spartans and Iowa Hawkeyes face off on Thursday in a college basketball showdown at Carver–Hawkeye Arena.

On the other side of this matchup is the Iowa Hawkeyes who come into this game with an 11-2 record overall and they come into this game having won four games in a row. In the last game against Minnesota the offense put up 86 points and that led to the victory. On the season, Iowa is averaging 91.9 points per game while their defense is giving up 73.2 points per game. Iowa is shooting 48.8 percent from the field and 39.3 percent from behind the three-point line. In this game for Iowa it’s going to be about the offense running up the score and making life tough on the Spartans to keep up.  Iowa is led by Luka Garza who averages 27.6 points and shoots 62.7 percent from the field and 48.9 percent from deep. .

Iowa is an elite offensive team but I think MIchigan State is going to try and keep the pace down and that will keep the scoring just low enough to keep this total under. Back the under to cash and it’s a lean to Michigan State to cover the spread. 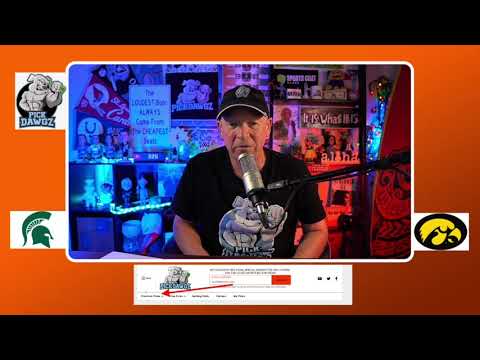