Where to Watch: Pac 12 Networks Stream College Basketball all season on ESPN+. Sign up now!

The California Golden Bears will travel to the CU Events Center to take on the Colorado Buffaloes this Thursday afternoon in College Basketball action.

The California Golden Bears snapped a 3-game losing streak and improved to 6-7 on the season after defeating the Washington Huskies, 84-78, this past Saturday. California led by a 40-32 margin at halftime and was able to hang on late after taking an 80-75 lead with just 1:30 left in regulation. California shot 55.4% from the field and 42.3% from beyond the arc while allowing Washington to shoot 52.0% from the field and 50.0% from beyond the arc. California was outrebounded by Washington by a 32-24 margin, however, won the turnover battle by a 15-9 margin in the victory. Leading the way for the Golden Bears was Andre Kelly who had 22 points, 3 rebounds, & 1 steal.

Defensively, California is allowing their opponents to average 68.9 ppg on 45.1% shooting from the field. The Golden Bears have a rebound margin of -0.2 and a turnover margin of -0.8.

The Colorado Buffaloes won their 2nd straight game and improved to 9-3 on the season after defeating the Utah Utes, 65-58, this past Monday. Colorado got off to a slow start against Utah and went into halftime trailing by a 37-27 margin, however, the Buffaloes defense was outstanding in the 2nd half and was able to hold of Utah for the victory after taking a 42-37 lead with 14:31 left in regulation. Colorado shot 35.0% from the field and 26.3% from beyond the arc while Utah shot 44.8% from the field and 21.1% from beyond the arc. Colorado outrebounded Utah by a 49-31 margin and committed just 10 turnovers in the victory. Leading the way for the Buffaloes was D’Shawn Schwartz who had a double-double with 15 points, 15 rebounds, & 2 assists.

Defensively, Colorado is holding their opponents to an average of 62.6 ppg on 41.1% shooting from the field. The Buffaloes have a rebound margin of 4.8 and a turnover margin of 2.6.

California was able to snap their losing streak, however, beating Washington is not a huge accomplishment this season and it’s going to be hard for the Golden Bears to pick up conference wins this season behind an offense that ranks just 244th in scoring offense. Colorado has looked solid this season despite losing some key players from last season and between the fact that Colorado is solid at home and that their defense that ranks 29th in scoring defense & 79th in rebound margin should give the Golden Bears trouble, I’m taking Colorado to cover this large home spread. Good Luck! 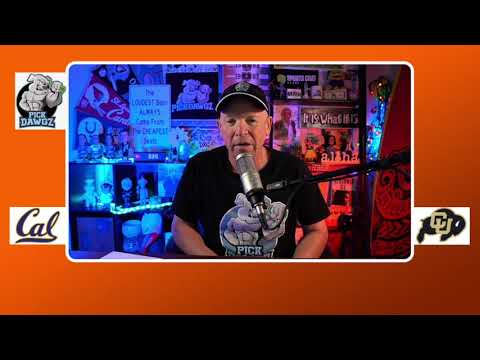