The 15th ranked Texas Tech Red Raiders will travel to the Frank Edwin Center to take on the 4th ranked Texas Longhorns this Wednesday night in College Basketball action.

The 15th ranked Texas Tech Red Raiders won their 2nd straight game and improved to 10-3 on the season after defeating the Iowa State Cyclones, 91-64, this past Saturday. Texas Tech had no trouble on either end of the court against Iowa State and easily pulled away in the 2nd half after going into halftime with a 54-30 lead. Texas Tech shot 58.9% from the field and 38.9% from beyond the arc while allowing Iowa State to shoot 44.1% from the field and 33.3% from beyond the arc. Texas Tech outrebounded Iowa State by a 33-26 margin and won the turnover battle by a 15-10 margin in the victory. Leading the way for the Red Raiders was Kyler Edwards who had 19 points, 4 rebounds, 3 assists, & 1 steal.

Defensively, Texas Tech is holding their opponents to an average of 58.0 ppg on 39.0% shooting from the field. The Red Raiders have a rebound margin of 4.1 and a turnover margin of 7.2.

The 4th ranked Texas Longhorns won their 6th straight game and improved to 10-1 on the season after defeating the 14th ranked West Virginia Mountaineers, 72-70, this past Saturday. Texas trailed for the majority of the 2nd half, however, keep the game close and was able to pull a dramatic victory as the Longhorns Andrew Jones hit a game-winning three-pointers with just 1.8 seconds left in regulation. Texas shot 46.6% from the field and 21.1% from beyond the arc while West Virginia shot 38.7% from the field and 36.0% from beyond the arc. Texas was outrebounded by West Virginia by a 40-38 margin, however, did win the turnover battle by a 14-13 margin in the victory. Leading the way for the Longhorns was Courtney Ramey who had 19 points, 5 rebounds, 6 assists, & 1 steal.

Defensively, Texas is holding their opponents to an average of 63.7 ppg on 38.3% shooting from the field. The Longhorns have a rebound margin of 5.5 and a turnover margin of -0.8.

Texas Tech is a solid team and only got better with the recent return of Kevin McCullar, however, despite their solid defense, the Red Raiders offense is just something I can’t trust on the road against an equally good defense. Texas is one of the best teams in CBB and as between the fact that their defense ranks t-40th in scoring defense & 19th in defensive FG% and that I like how the Texas offense plays a very unselfish style of basketball as their top 4 players contribute across the board, I think the play here is to take Texas to cover this small home spread. Good Luck! 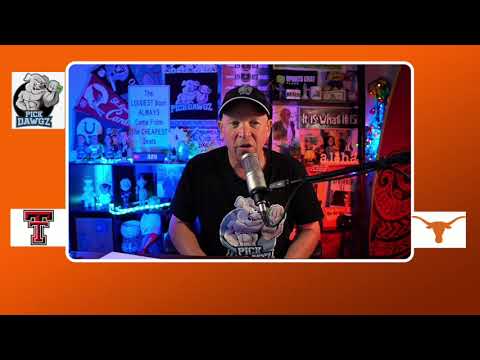