Fordham is coming off a 48-45 loss to Duquesne in its last game on the road on January 9th. Fordham is known to struggle offensively, but scoring 45 points and only losing a game by three points is a new feat for the Rams. Fordham is now 1-3 on the year and 1-3 in conference play as well. Fordham's only win this season was over Dayton on January 5th at home by one point. Fordham's leading scorer so far this season has been G Chris Austin, who has scored 11.5 points per game for the Rams. Fordham as a team has scored 49.8 points per game and has shot the ball at a 32.9% clip from the field. Fordham has also allowed 65.5 points per game to its opponents as well.

St. Bonaventure opens as an 11.5-point favorite and the total is set at 123. The biggest issue with Fordham is the fact that the Rams are scoring less than 50 points per game this season, period. I cannot back a team that struggles to even be decent on offense. I will take St. Bonaventure and lay the points. 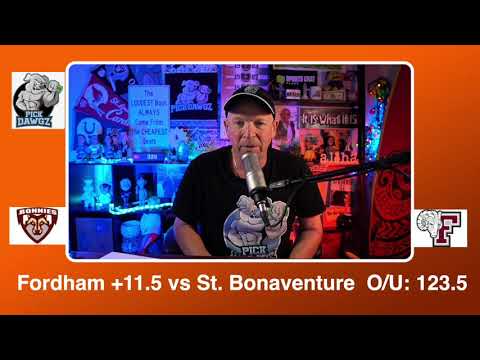