The Notre Dame Fighting Irish lost their 3rd straight game and dropped to 3-7 on the season after being defeated by the 19th ranked Virginia Tech Hokies, 77-63, this past Sunday. Notre Dame went into halftime with a 42-21 lead, however, the offense struggled in the 2nd half and could not fight back after the Hokies took a 60-53 lead with 9:15 left in regulation. Notre Dame shot 37.5% from the field and 26.1% from beyond the arc while Virginia Tech shot 45.3% from the field and 30.4% from beyond the arc. Notre Dame was outrebounded by Virginia Tech by a 41-24 margin and lost the turnover battle by a 12-10 margin in the loss. Leading the way for the Fighting Irish was Nate Laszewski who had 17 points, 4 rebounds, & 1 steal.

Defensively, Notre Dame is allowing their opponents to average 74.5 ppg on 44.6% shooting from the field. The Fighting Irish have a rebound margin of -4.6 and a turnover margin of -2.8.

The 18th ranked Virginia Cavaliers won their 3rd straight game and improved to 7-2 on the season after defeating the Boston College Eagles, 61-49, this past Saturday. Virginia was outstanding defensively against Boston College and was able to pull away for the victory after a 9-0 Cavaliers run gave Virginia a 56-39 lead with 6:01 left in regulation. Virginia shot 45.3% from the field and 26.7% from beyond the arc while Boston College was held to just 30.9% shooting from the field and 28.6% from beyond the arc. Virginia was outrebounded by Boston College by a 37-33 margin, however, won the turnover battle by a 11-7 margin in the victory. Leading the way for the Cavaliers was Jay Huff who had 18 points, 8 rebounds, 5 blocks, & 1 steal.

Defensively, Virginia is holding their opponents to an average of 59.4 ppg on 40.4% shooting from the field. The Cavaliers have a rebound margin of 3.1 and a turnover margin of 2.2.

Virginia was able to defeat Notre Dame on the road earlier this season in a 66-57 margin and it’s hard to imagine that the Cavaliers not having the same defensive success against a Fighting Irish team that ranks just 213th in scoring offense & 167th in FG%. Notre Dame doesn’t have much depth as they have 4 players that play 33+ minutes and between the fact that I think the Fighting Irish will fade as the game goes on, much like what happened at Virginia Tec, and that I think Virginia will have success offensively as Notre Dame ranks just T-265th in scoring defense, I’m taking Virginia to cover this large home spread. Good Luck! 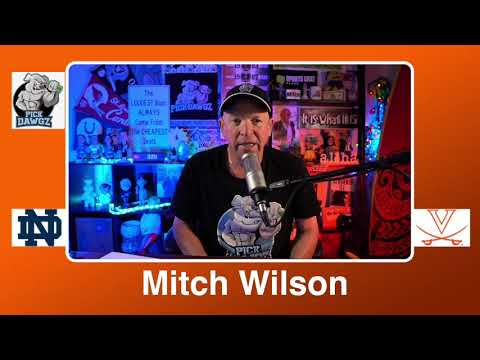