The NC State Wolfpack and Florida State Seminoles face off on Wednesday in a college basketball showdown at the Donald L. Tucker Center.

The NC State Wolfpack got out to a fast start to the season, but coming into this game they have lost two games in a row. Two games ago, they lost in overtime to Clemson, and in the last game against Miami they only scored 59 pints and that led to the loss. On the season, NC State is averaging 77.3 points per game while their defense is giving up 65.7 points per game. NC State is shooting 47.3 percent from the field while shooting 36.6 percent from behind the three point line. The Wolfpack are led by Devon Daniels who is averaging 15.9 points per game while shooting 45.8 percent from the field and 30 percent from deep. NC State has three bench players who are out and that has hurt a little bit of their depth.

On the other side of this matchup is the Florida State Seminoles who won their first four games of the season, but since that point they have lost two of their last three games. In the last game against Clemson, the offense only managed 67 points, while their defense gave up 77 points and that led to the defeat. On the season, Florida State is averaging 75 points per game while their defense is giving up 68.4 points per game. On the season, M.J. Walker has been the best player for Florida State and on the season he is averaging 15.3 points while shooting 40.6 percent from the field and 37.8 percent from behind the three point line.

NC State is going to get their offense back in this game and that will lead them to keep this game close. Look for their offense to do enough to cover the spread, and a few dollars on the money line could be helpful. 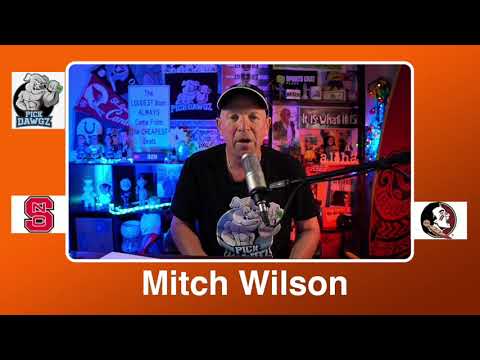