The DePaul Blue Demons and Georgetown Hoyas face off on Wednesday in a college basketball showdown at McDonough Arena.

The DePaul Blue Demons have really struggled this season and coming into this game they sit with a 1-4 record overall. DePaul won their first game of the season against Western Illinois, in dominant fashion but since that point they have lost four games in a row and they failed to cover the spread in each of the last three games. On the season, DePaul is averaging 72.6 points per game while their defense is giving up 77 points per game. DePaul is shooting 46.5 percent from the field and 37.1 percent from behind the three point line. Javon Freeman-Liberty has been the best player for DePaul putting up 14.2 points while shooting 44.4 percent from behind the three point line.

On the other side of this matchup is the Georgetown Hoyas who have also really struggled this season and are currently sitting with a 3-8 record overall and they have lost five games in a row. In the last game against Syracuse the Hoyas were at least competitive, but they still lost by five points. On the season, Georgetown is averaging 71.5 points per game while their defense is giving up 73.7 points per game.Guard Jahvon Blair has been the best player for Georgetown and on the season he is averaging 18 points while shooting 40.7 percent from the field while shooting 34.4 percent from behind the three point line.

These are two offenses who are good, but not elite, and this is going to lead to a lower scoring game. Look for the under to cash and its also a lean with Georgetown to cover this spread. I don’t trust DePaul to get the job done on the road. 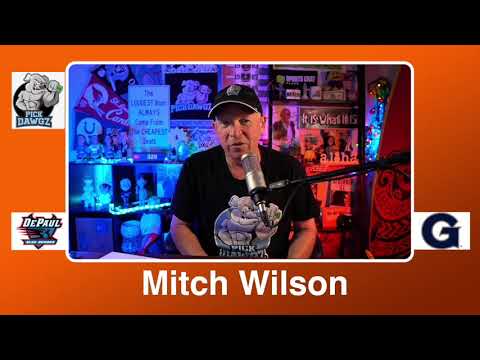