The Auburn Tigers and Georgia Bulldogs face off on Wednesday in a college basketball showdown at the Stegeman Coliseum.

The Auburn Tigers have been ultra inconsistent this season and coming into this game they sit with a 6-6 record overall. Auburn has lost four games in a row and they have also failed to cover the spread in each of those five games. In the last game against Alabama, Auburn put up 90 points, but the defense gave up 94 points and that led to the defeat. On the season, Auburn is averaging 75.7 points per game while their defense is giving up 73.7 points per game. Allen Flanigan has been a game changer for Auburn even though he has only played one game he put up 26 points while shooting 42.1 percent from the field and 14.3 percent from deep.

On the other side of this matchup is the Georgia Bulldogs who come into this game with a 7-3 record overall but all three of those losses have come in their last three games. In the last game against Arkansas, the defense really struggled giving up 99 points and that led to the loss. On the season, Georgia is averaging 79.8 points per game while their defense is giving up 74.1 points per game. In this game if Georgia wants to come away with the victory the defense is going to need to step up in a big way Toumani Camara has been the best player for Georgia averaging 14.3 points while shooting 49.5 percent from the field and 24.1 percent from deep.

Auburn’s offense hasn’t been as strong as of late and I think their lack of scoring is going to keep this game lower scoring. Look for this game to still have spurts of scoring, but this is a high number and it will stay under that. Back the under. 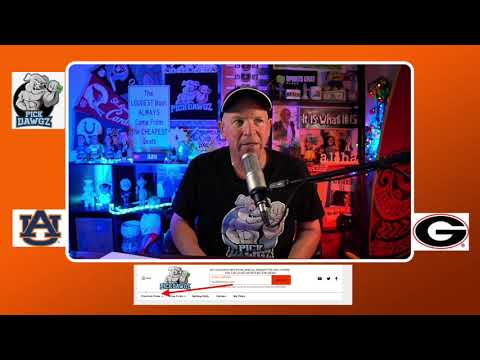