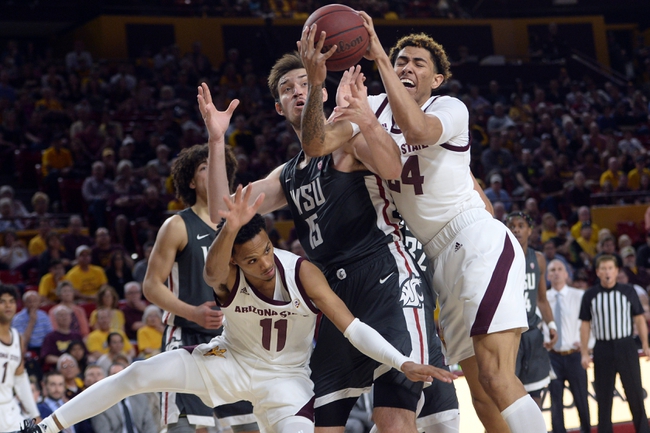 The Washington State Cougars (16-16, 6-12 CONF) and the Arizona State Sun Devils (20-11, 11-7 CONF) will meet on Thursday, March 12th for the PAC-12 Conference Tournament Quarterfinal. The game will be played at a neutral site location at the T-Mobile Arena in Las Vegas, NV and it is scheduled for an 11:30 PM ET start time.

Washington State defeated Colorado in the 1st Round of the PAC-12 Tournament on Wednesday, 82-68. Washington State took advantage of a slumping Colorado team that has looked really ugly as of late. Arizona earned a bye in the 1st Round due to their good conference record. These teams just played each other at Arizona State, a game where ASU was victorious by the score of 83-74.

*** Stats for Washington State are from before their 1st Round game.

The line has not been released yet, therefore I will give my final score prediction and update this article in the morning. I think this will be a tight game, especially after Washington State's big upset win over Colorado. Arizona State needs to avoid being caught flat-footed against a team that may come out hot. If they can avoid that, I think they win this game. My money is on Washington State and CJ Elleby, though. Washington State wins and upsets Arizona State, 73-71.

UPDATE: I will take Washington State +6