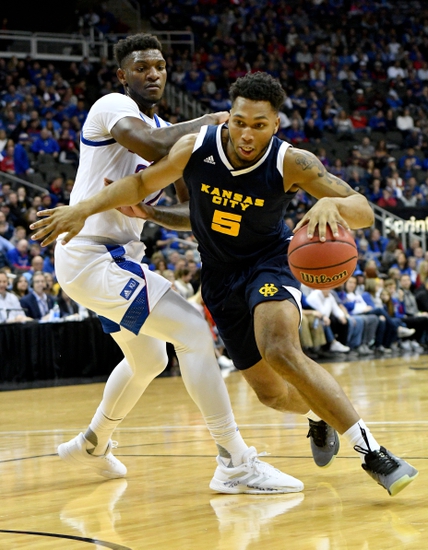 The Kansas City Kangaroos are set to battle with the Grand Canyon Antelopes.  The Kangaroos are (16-14), coming off a 61-51 win over Utah Valley. The Antelopes are (13-17), after upending Cal State Bakersfield, 64-61.

The Kangaroos have been led this season by McKissic.  McKissic is averaging 11 points and 3 assists per game.  Jordan Giles is contributing 10.5 points and 3.5 rebounds per contest.  UMKC is registering 69.8 points, while shooting 45.8 percent from the floor.

Alessandro Lever is guiding the Antelopes on the season, totaling 15.7 points and 6 rebounds per game.  Johnson is averaging over 15 points and 5.1 rebounds per contest. Grand Canyon is collecting 70.5 points of offense on average, while converting on 33.3 percent from the floor.

Grand Canyon is 2-5 ATS in their last 7 games in March.

The Kangaroos have sprung into this tournament on a roll, winners of 4 straight.  The same can not be said for the Antelopes, as Grand Canyon has 4 of their last 5, but did end the regular season with a win.  UMKC is 2-1 at a neutral site this season, while Grand Canyon is 1-3 in such games. I’ll side with UMKC to cover this small spread, as the Kangaroos have some momentum on their side.  Final score prediction, UMKC will win and cover against the spread, 71-66.