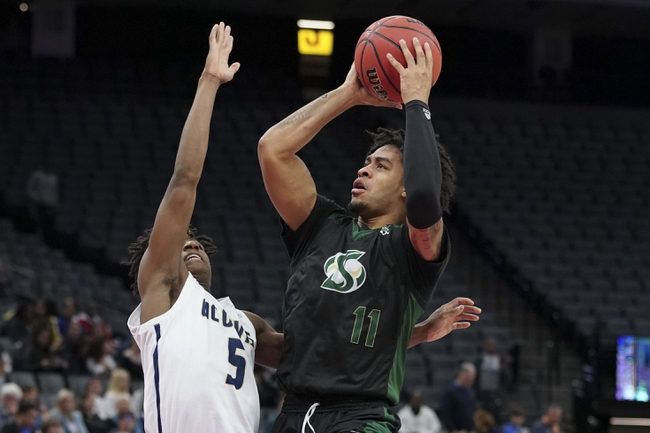 The UC Davis Aggies (14-18, CONF 8-8) and Hawaii Rainbow Warriors (17-13, CONF 8-8) face off in the Big Sky tournament at the Honda Center. Hawaii has won the last four games played between Hawaii and UC Davis including the two games this season.

On the season the Aggies are averaging 70.7 points per game while their defense is giving up 72.7 points. Over the last five games UC Davis’s offense hasn’t been as strong averaging 67.2 points per game.

UC Davis is led by Joe Mooney who is averaging 13.1 points while shooting 46.4 percent from the field.In the last game Mooney put up 24 points and he hit four shots from deep.

Hawaii have won three of the last six games, but before that they had lost four games in a row. In Hawaii’s last game against Cal State Northridge, they scored 82 points, but the defense struggled giving up 86 and that led to the loss.

Hawaii is averaging 64.4 points per game while the defense. is giving up 64.6 points. The Rainbow Warriors are led by guard Eddie Stansberry who is averaging 15.6 points while shooting 40.4 percent from the field.

Even though Hawaii lost their last game, it was Stansberry who dropped 31 points on the way to an easy victory.

Hawaii has already beat UC Davis twice this season and it’s going to happen again in this game. Look for Hawaii’s defense to be strong and that will be enough for them to win this game and cover the spread.

Get Premium Picks Start Winning Now »
The pick in this article is the opinion of the writer, not a PickDawgz site consensus.
Previous Pick
East Carolina at Memphis - 3/12/20 College Basketball Picks and Prediction
Next Pick
Premium Area Temporarily Closed