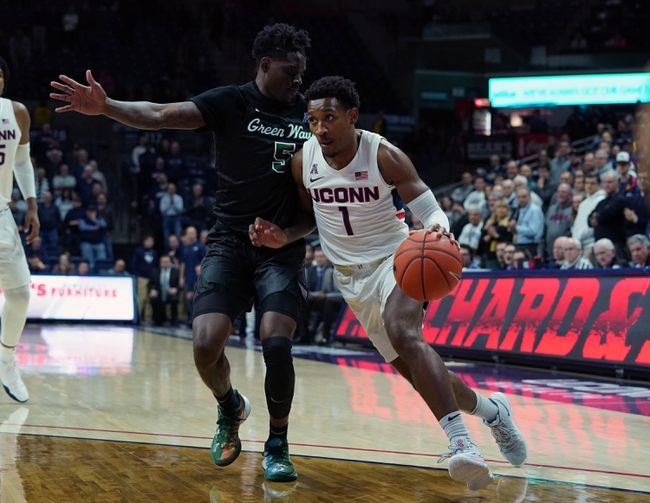 The UConn Huskies (19-12, CONF 10-8) and Tulane Green Wave (12-18, CONF 4-14) face off in the AAC Tournament at Dickies Arena. UConn has won the last nine games played between the two teams, including the two meetings this year. Uconn won both games, but Tulane was able to cover both of the spreads.

Tulane have had struggles this year, and coming into this game they have lost three games in a row and eight of their last ten. Even though Tulane has struggled, they have covered the spread in four of the last five games.

The offense for Tulane is averaging 68.3 points per game, but the defense has let them down giving up 70.9 points.

In Tulane’s last game against UConn the defense was a big issue putting up 80 points and if they want a chance in this game the defense needs to be better.

Tulane is led by guard Teshaun Hightower who is averaging 15.9 points while shooting 41.2 percent from the field.

UConn struggled early at times earlier in the season, but they have been playing better as of late winning five games in a row, which is even more impressive considering all the injuries. Matt Gary, Akol Akol, Tyler Polley, Richie Springs, and RJ Cole are all out for this game.

UConn ran up the score against Tulane in the last game and this one where they should try to push the pace.

UConn is led by Christian Vital who is averaging 16.4 points while shooting 39.8 percent from the field. In each of the last three games, Vitas has scored at least 26 points.

UConn has pushed the pace as of late and they will have success running up the score again in this game. Look for an up tempo game with plenty of scoring and that will lead to a game that covers the over. This game will finish closer to 150 then 140.