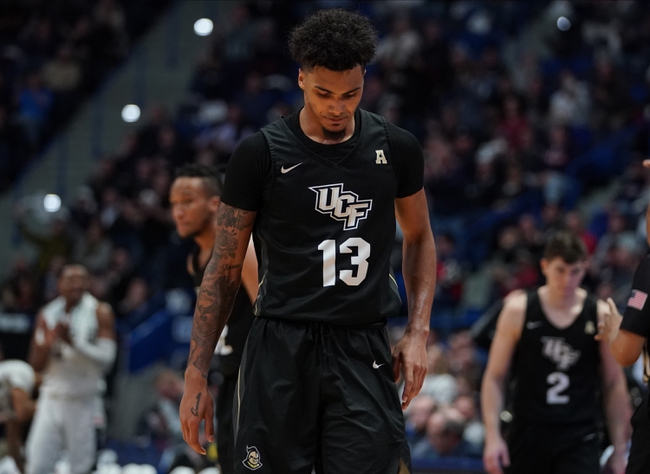 The South Florida Bulls (14-17, CONF 7-11) and UCF Knights (16-14, CONF 7-11) face off in the AAC Tournament at the Dickies Arena. The home team has won the last two games played between South Florida and UCF but USF covered the spread in each of the two games.

South Florida has had some struggles this season but coming into this game they have won three of the last four games. In the Bulls last game against SMU, the defense locked down giving up only 60 points and that led to a one point victory.

Overall this season the offense is averaging 62.7 points per game, while the defense is also giving up 62.7 points.

Central Florida has had a better season than South Florida and they come into this game having won two games in a row. In UCF’s last game against East Carolina it was the offense that was the difference putting up 94 points and that led to a blowout win. Darin Green Jr. paced the Knights putting up 23 points but there was also three others players who scored in double figures.

The one game UCF lost against USF, the offense only scored 48 points and the offense needs to be better in this game.

Both of the two previous games between USF and UCF went under this total and this will be a low scoring affair. Look for an ultra-slow tempo that will lead to the under cashing with ease. Both teams scoring under 55 points is the most likely result.