The Michigan Wolverines (19-12, 10-10 CONF) and the Rutgers Scarlet Knights (20-11, 11-9 CONF) will meet on Thursday, March 12th for the 2nd Round of the Big Ten Conference Tournament. The game will be played at a neutral site location at Bankers Life Fieldhouse in Indianapolis, IN. The game is scheduled for a 12:00 PM ET start time.

Michigan ended its regular season in rough fashion, losing three of their last four games overall. Michigan’s last game was an 83-70 road loss to Maryland, as Michigan has struggled on the road this season. Rutgers defeated Purdue in overtime in their last game of the regular season, 71-68. Rutgers heads into the conference tourney with back-to-back wins under their belts. 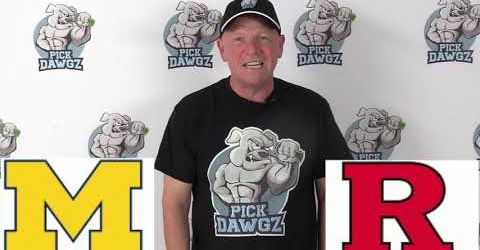 Michigan winning both games of the season series gives me good reasoning to take them in this neutral-site conference tournament spot. Michigan needs a statement win before the NCAA Tourney to feel good about themselves, and losing four of five could derail their chances at making a run. I will take Michigan and lay the 1.5