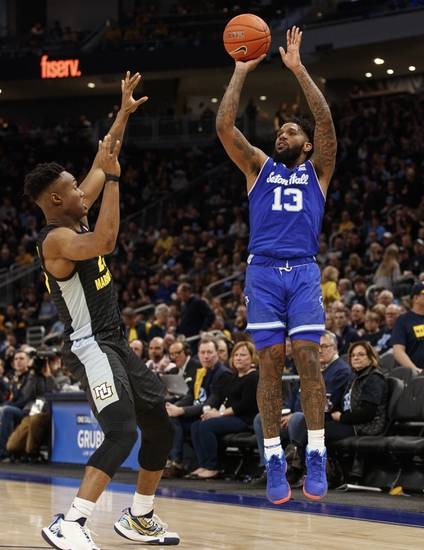 Markus Howard is leading the way for the Golden Eagles, averaging 27.8 points, 3.5 rebounds, and 3.3 assists per game.  Anim is recording 13.1 points and 4.1 rebounds per contest. Marquette is totaling 77.8 points, while shooting 43 percent from 3-point distance.

Myles Powell is leading the way for Seton Hall, registering 21 points, 4.3 rebounds, and 2.9 assists per game.  Sandro Mamukelashvili is totaling 11.9 points and 6 rebounds. The Pirates are recording 74.7 points of offense, while connecting on 44.6 percent from the floor for the season.

Marquette ended the season with an abysmal stretch of results.  The Golden Eagles lost to St John’s and DePaul, which was part of a stretch where Marquette lost 6 of 7.  The Pirates lost their last 2 games, but both were ranked opponents. This is a matchup of arguably two of the best players in the country, with Howard and Powell.  Powell does a better job getting the whole team involved. Seton Hall is very balanced, as the Pirates have 4 players averaging more than 9 points. Look for Romaro Gill to make his presence known around the rim on offense and defense for the Pirates.  Final score prediction, Seton Hall will win and cover against the spread, 73-68. 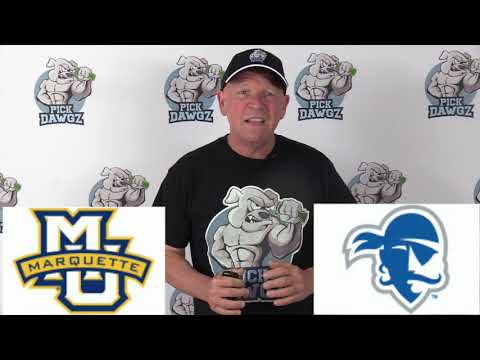