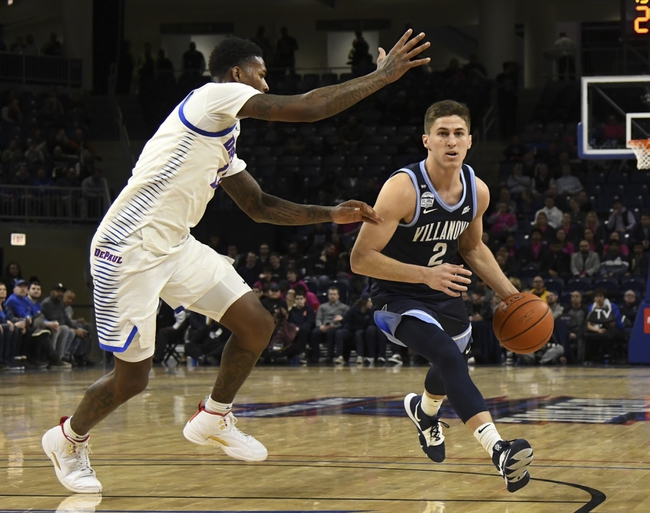 In the Blue Demons win over Xavier, DePaul was guided throughout the game by Paul Reed.  Reed recorded a double-double, finishing with 23 points and 12 rebounds. DePaul converted on 46 percent from the floor and 33 percent from 3-point distance.  The Blue Demons out scored Xavier from the foul line, 15 to 10. Depaul out rebounded Xavier, 36 to 34. DePaul had a 38-34 lead at the half and were able to hang on in the elimination game.

The Blue Demons have been led this season by Charlie Moore.  Moore is collecting 15.5 points, 3.4 rebounds, and 6 assists per game. Reed is averaging 14.9 points and 10.6 rebounds per contest.  Depaul is registering 70.7 points per game, while shooting 43.6 percent from the floor.

In the Wildcats win over Georgetown, Villanova was led on offense by Justin Moore.  Moore recorded 11 points and 9 rebounds in the win. Villanova connected on 47 percent from the floor and 40 percent from 3-point range.  The Wildcats won the game from the foul line, out scoring Georgetown 14 to 6. The Wildcats led 39-30 at the half, but were fortunate to hold on for a narrow victory.

Saddiq Bey is recording 16.1 points and 4.7 rebounds to lead the way for the Wildcats. Collin Gillespie is totaling 15.1 points and 4.5 assists per game.  Villanova is averaging 73.2 points, while converting on 35.9 percent from 3-point distance.

The Wildcats have dominated this series, having won 10 straight by an average margin of 15 points.  Villanova has done well at neutral courts this season, having posted a 3-1 record.  In the last meeting, DePaul took a 20 point loss to the Wildcats, allowing 91 points.  Villanova has the clear edge in talent and when Jay Wright is coaching in March, there aren't to many times you go against coach Jay Wright.  Villanova should be able to take advantage of the Blue Demons below average 3-point defense.  Final score prediction, Villanova will win and cover against the spread, 76-63.