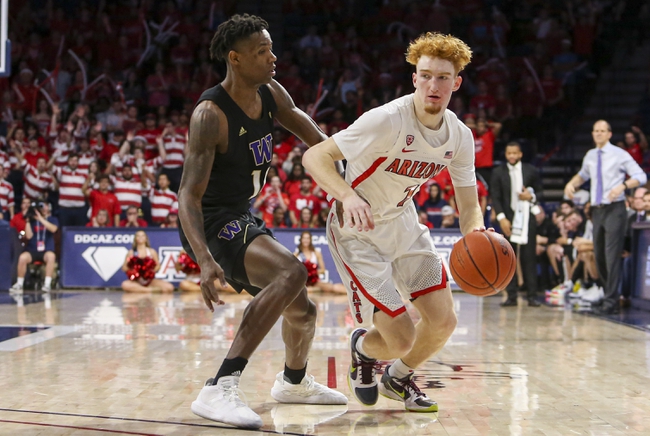 The Washington Huskies and Arizona Wildcats will square off at T-Mobile Arena this Wednesday night in 1st round action of the Pac-12 Men’s Tournament.

The Washington Huskies finished their regular season with an overall record of 15-16 and earned the 12-seed in the Pac-12 Conference Tournament after finishing conference play with a 5-13 record. Washington was led by their defense this season, however, the Huskies offense had their difficulties throughout the season as the Huskies weren’t a great shooting team from beyond the arc and committed a bunch of turnovers. Washington started the season with a 10-2 record which included a win agianst the Baylor Bears, however, the Huskies really struggled in conference play this season, at one point losing 11 of 12 games.

Defensively, Washington is holding their opponents to an average of 66.1 ppg on 38.1% shooting from the field. The Huskies have a rebound margin of -0.7 and a turnover margin of -1.3.

The Arizona Wildcats finished their regular season with a 20-11 overall record and earned the 5-seed in the Pac-12 Conference Tournament after finishing conference play with a 10-8 record. Arizona has been solid statistically on both ends of the court this season, however, the Wildcats offense has struggled at times and Arizona also had trouble agianst tough competition, going just 1-4 agianst teams in the top-25. Arizona at one point won 8 of their 10 conference games, however, the Wildcats come into postseason play struggling, losing 4 out of their last 5 games, including a 69-63 loss to Washington at home last Saturday.

Defensively, Arizona is holding their opponents to an average of 65.2 ppg on 39.4% shooting from the field. The Wildcats have a rebound margin of 4.0 and a turnover margin of 2.6.

Washington comes into this game ranked 193rd in scoring offense, 81st in scoring defense, and 6th in defensive FG%.

Arizona comes into this match-up ranked 42nd in scoring offense, 56th in scoring defense, and 19th in defensive FG%.

It’s been a disappointing season for Washington, however, there is some optimism for the Huskies coming into the Pac-12 Championship as they’ve won 3 of their last 4 games, including impressive road victories against both Arizona State and Arizona. Arizona has all the talent in the world, however, they are a young team and it just doesn’t seem like the Wildcats have been able to put it all together. Washington played Arizona tough in both games this season and as I think their defense is going to have some success agianst an Arizona offense that has struggled lately, I think the play here is to take Washington and the points. Good Luck! 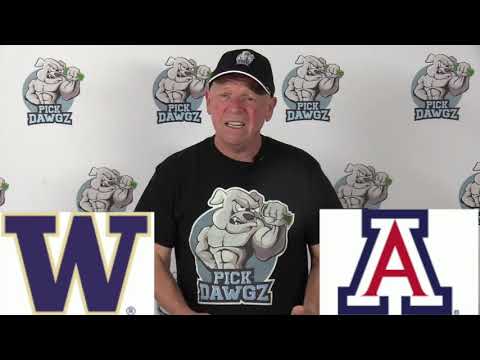