The Vanderbilt Commodores and Arkansas Razorbacks will face off at Bridgestone Arena in the 1st round of the SEC Men’s Tournament this Wednesday night.

The Vanderbilt Commodores finished their regular season with an overall record of 11-20 and earned the 14-seed in the SEC Men’s Championship after finishing conference play with a 3-15 conference record. Vanderbilt was able average on the offense end thanks to their decent three-point shooting, however, the Commodores had no answers defensively throughout the season and really struggled on the boards. Vanderbilt started their season with an 8-4 record thanks to a somewhat easy non-conference schedule, however, lost 16 of their first 17 conference games, before ending on a surprising note with victories agianst Alabama & South Carolina.

Defensively, Vanderbilt is allowing their opponents to average 74.6 ppg on 46.6% shooting from the field. The Commodores have a rebound margin of -3.9 and a turnover margin of 0.8.

The Arkansas Razorbacks finished their regular season with an overall record of 19-12 and earned the 11-seed in SEC Men’s Championship after finishing conference play with an 7-11 record. Arkansas didn’t have many answers against teams that has some size as the Razorbacks had one of the worse rebound margins in the country, however, Arkansas was able to pile up some wins as they consistent won the turnover battle and also had an above average offense. Arkansas picked up some nice wins agianst Indiana & LSU this season and come into the conference tournament winning 3 of their last 5 games.

Defensively, Arkansas is allowing their opponents to average 69.5 ppg on 42.9% shooting from the field. The Razorbacks have a rebound margin of -7.0 and a turnover margin of 4.6.

Vanderbilt comes into this game ranked 156th in scoring offense, 298th in scoring defense, and 331st in defensive FG%.

Arkansas comes into this match-up ranked 62nd in scoring offense, 154th in FG%, and 179th in scoring defense.

It’s been a season to forget for Vanderbilt, however, it’s hard to ignore their recent success against Alabama & South Carolina and it’s encouraging to see the Commodores offense put up an average of 85.0 ppg on those two victories. Arkansas had no trouble beating Vanderbilt earlier this season and should pick up the win here, however, I expect Vanderbilt to have some offensive success against an Arkansas defense that can struggle and do enough to cover with the points. Good Luck. 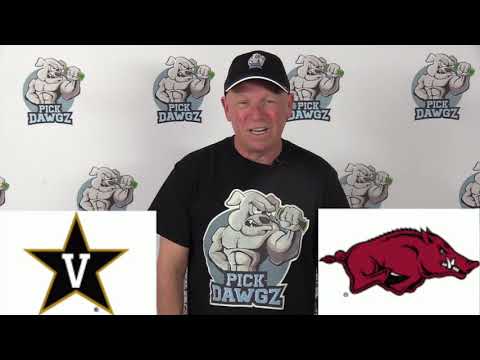